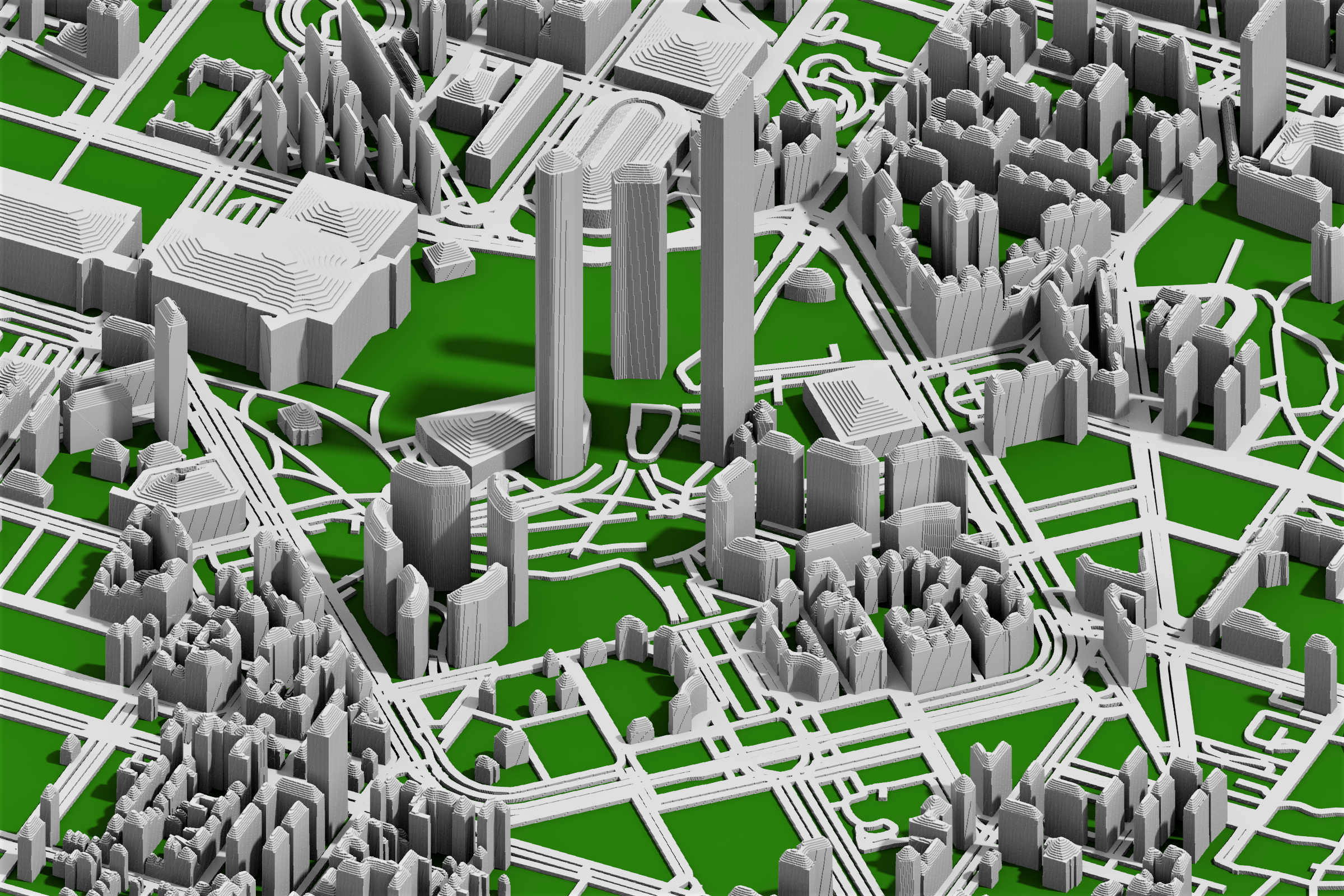 OSM data offers a vast amount of information about our cities. In this guide I focus on working and styling OSM building data for 3D-modeling in Aerialod for close-to-reality models.

In my previous tutorial I explained how you can easily and quickly generate 3D models based on OSM buildings, roads and landuse with QGIS and Aerialod.

As this tutorial is a follow-up read through the previous one first and even try your own model. If you worked with QGIS before it will probably take you no more than 30 minutes. 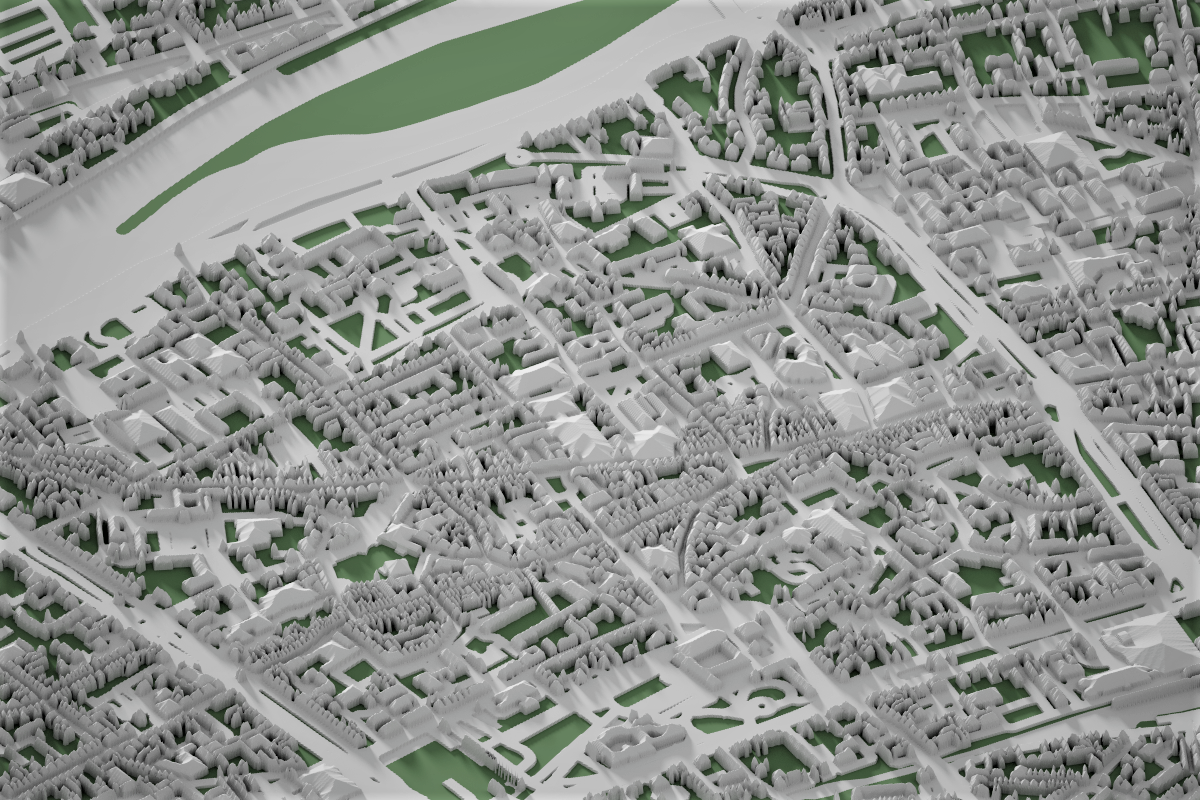 For the purpose of this tutorial, let's reduce the complexity to buildings only. The following is nothing but OSM buildings on a black background (simply use a colored bbox for this) made with QGIS. 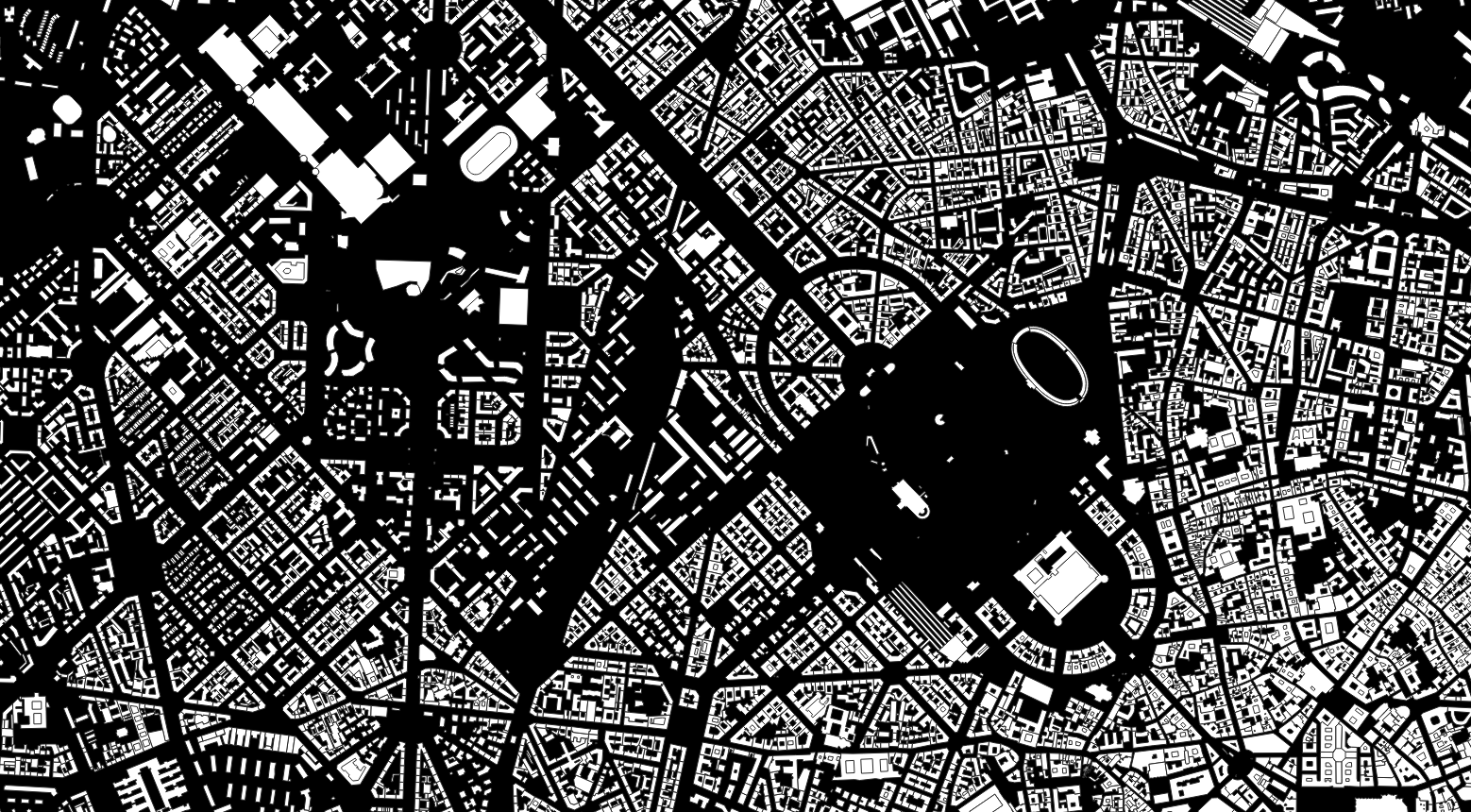 If you simply drag'n'drop this image into Aerialod, you'll get nice 3D model out-of-the-box. 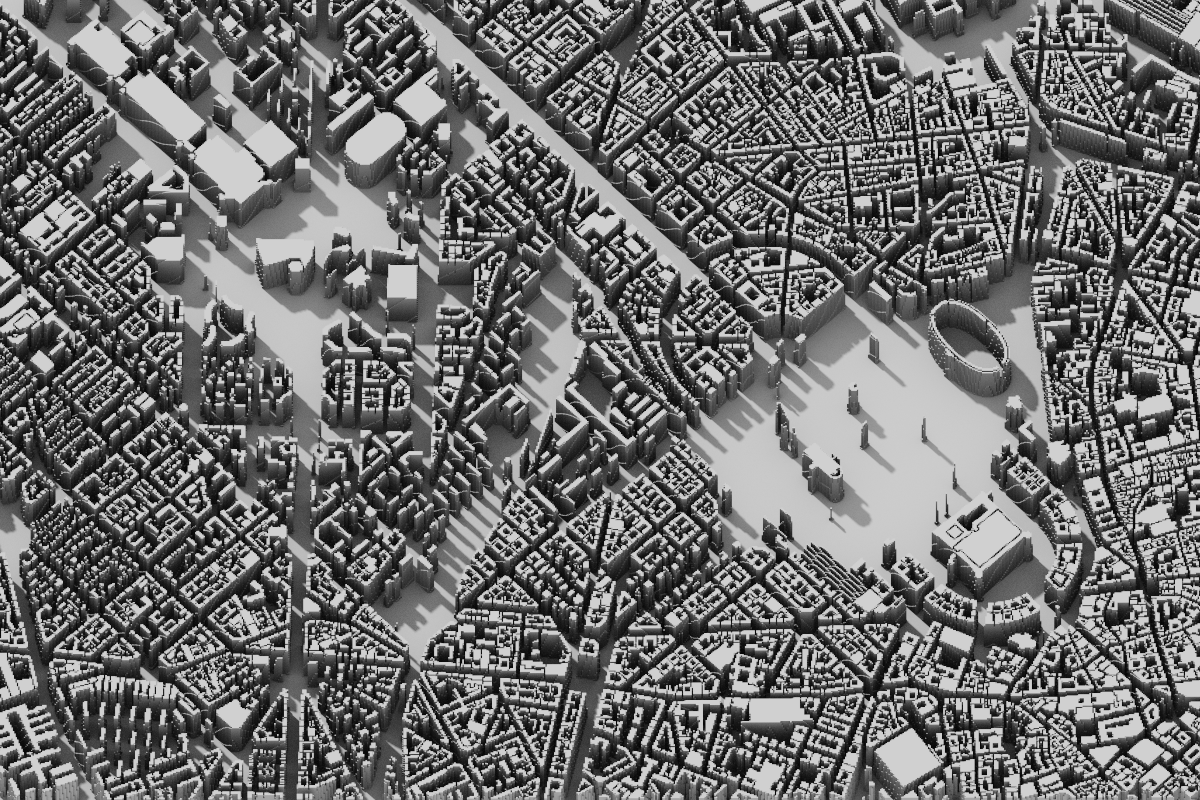 Starting with a blank QGIS project, do the following:

At this point you generated the simple image from above you can drag'n'drop in Aerialod. In order to use the levels perform the additional following steps. 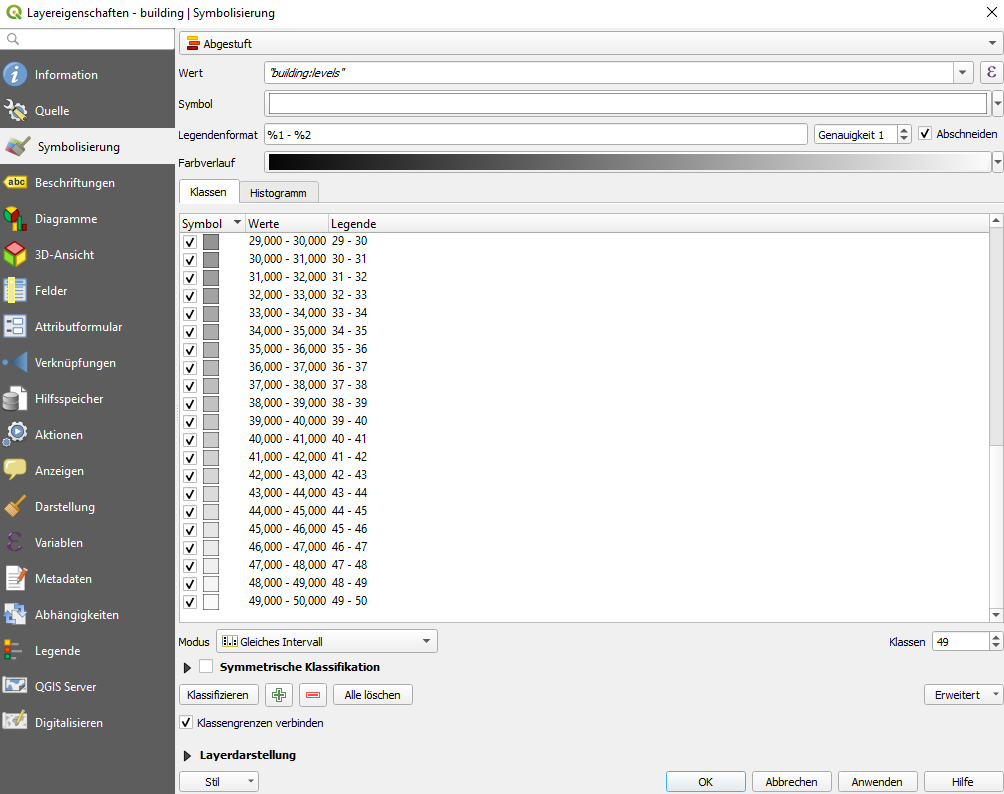 At this point you could already export the image and use Aerialod and see the different building heights! That was easy right? 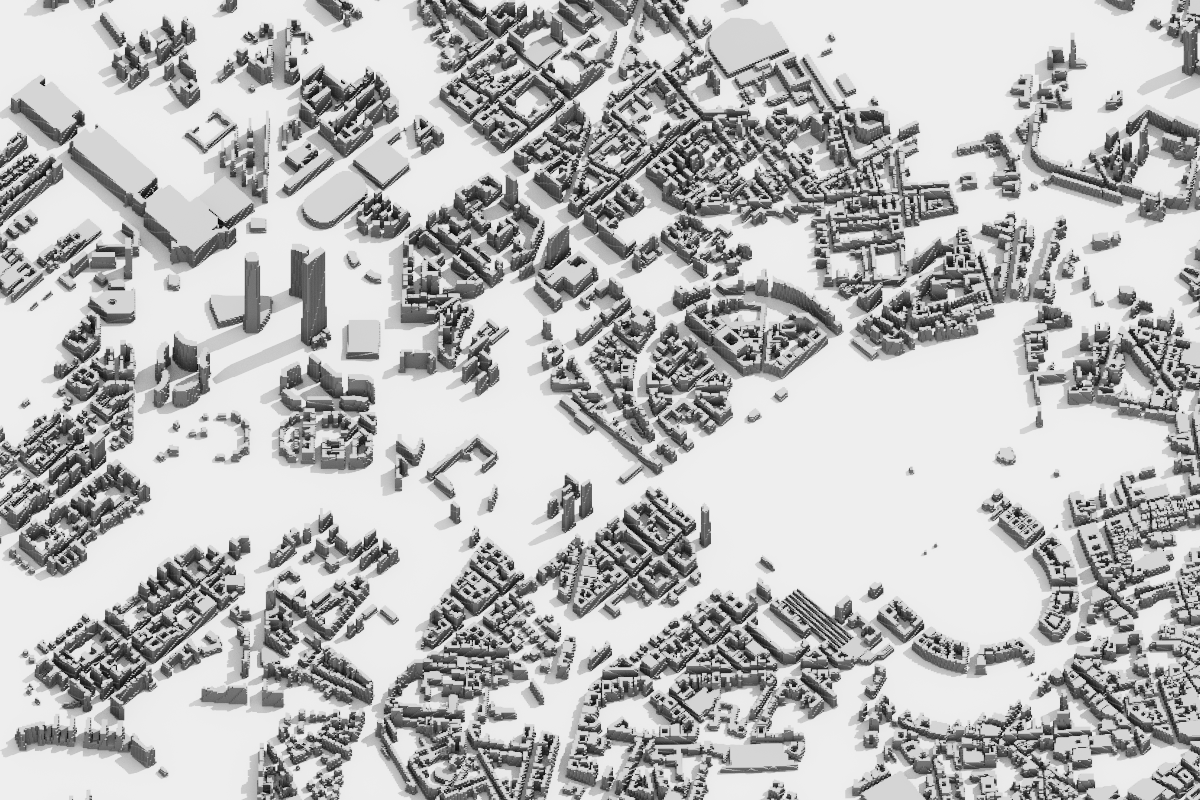 It works! However, do you notice that some buildings are missing?

No? Me neither (😄) as Milan's buildings are generally quite tall so the difference isn't really noticeable.

But maybe in your case - when mapping for villages and lots of 1-level buildings for example - some will eventually be missing! Understand why?

Yep! Our background layer is 100% black as well as our lowest class of 1-2 levels! If you want to create a model filtering out these buildings this would be totally fine but you very likely don't want to. So instead, do the following.

In this way, you can also combine different layers like roads and e.g. urban green spaces. Only keep in mind, that your lowest building class (0-1 levels) should be lighter than any other background layer! An example:

If you want to know, how to combine these layers in the best way, take a look at previous tutorial.

The cherry on the cake: shapeburst

In my opinion a light shapeburst effect looks better than flat roofs but that's certainly a matter of taste and purpose of your model. Achieving the effect in combination with building height can be a little tricky however, as one must adjust the grayscale very carefully.

The idea is to use two styles for the building layer. One for height and an additional shapeburst layer forming the roof. There are four ways to deal with roofs (orange) on buildings (blue, gray is ‘lost’): 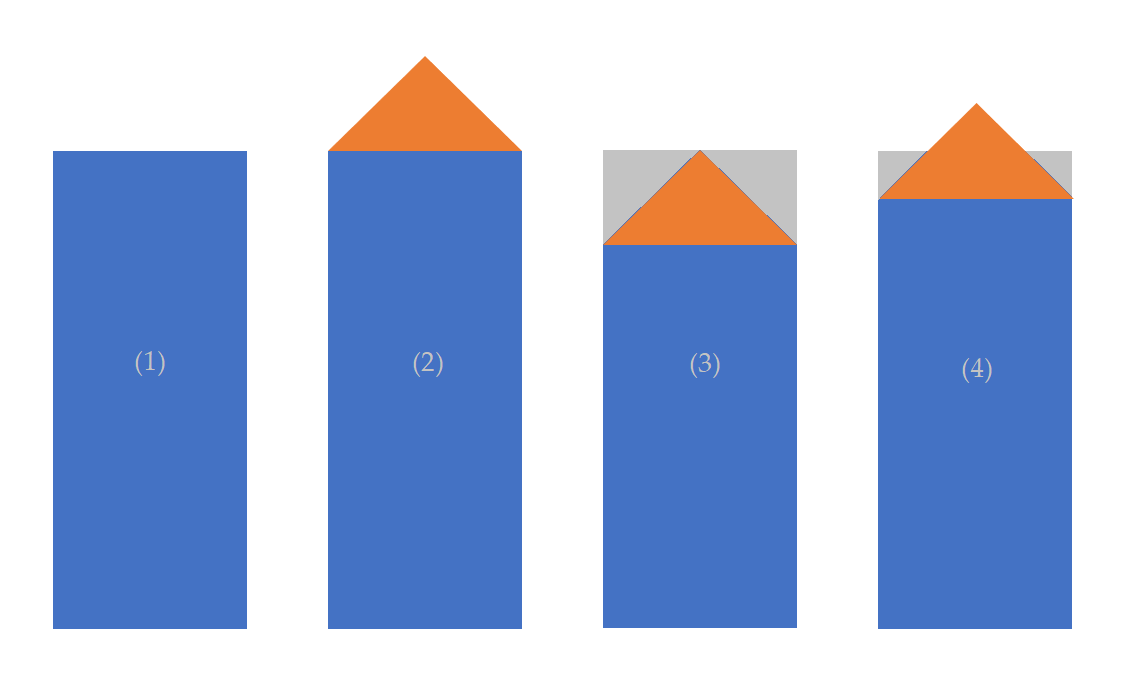 (2) Added roof to normal building height. For this method the building edges have +0 % white while the center has +5% white, simply rising the white value (and hence roof height) to the center of the polygon.

(3) Substracted roof. In this way, the roof peak will be equal to the buildings highest point. Instead of adding white to the center we add black to the edges.

(4) Something in the middle. We create something in between and add a little white to the center and a little black to the edges. This is what we will do in the following.

Note that QGIS erases building:levels every single time you edit the style.

If you did everything right, you should be able to see the effect in QGIS already. 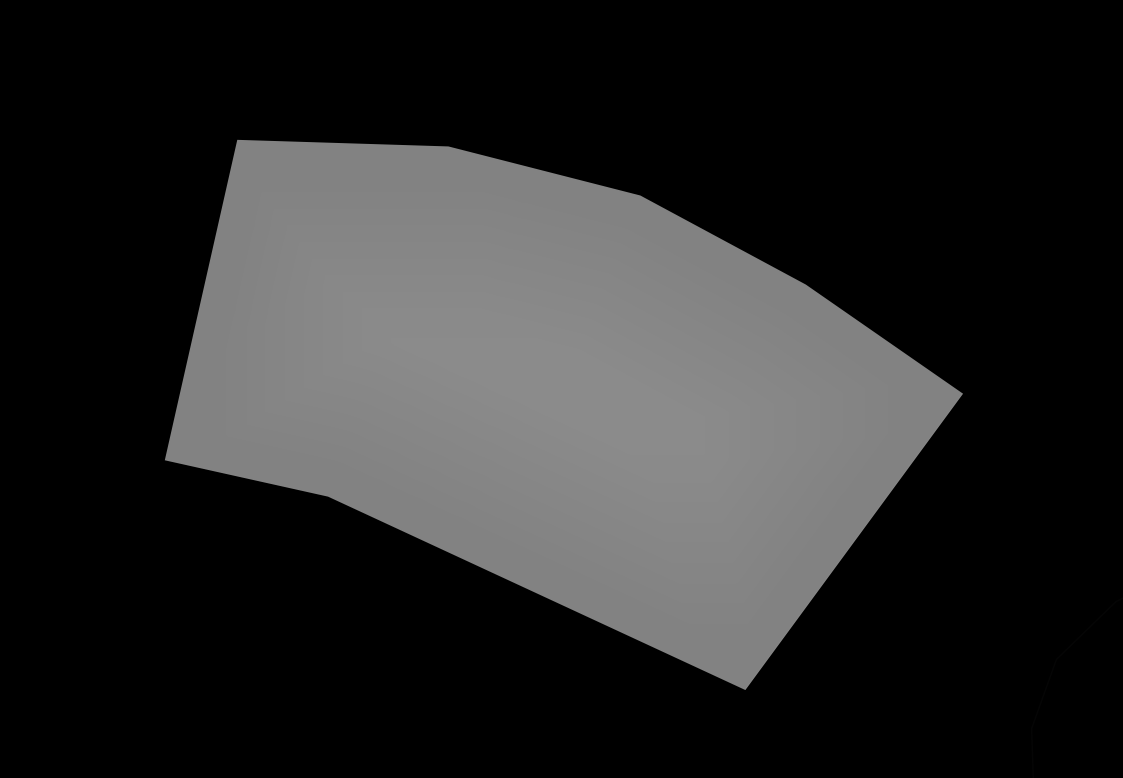 In case you're not hawk-eyed, simply take a screenshot of the whole QGIS canvas and put it in Aerialod. There you will quickly see the result! 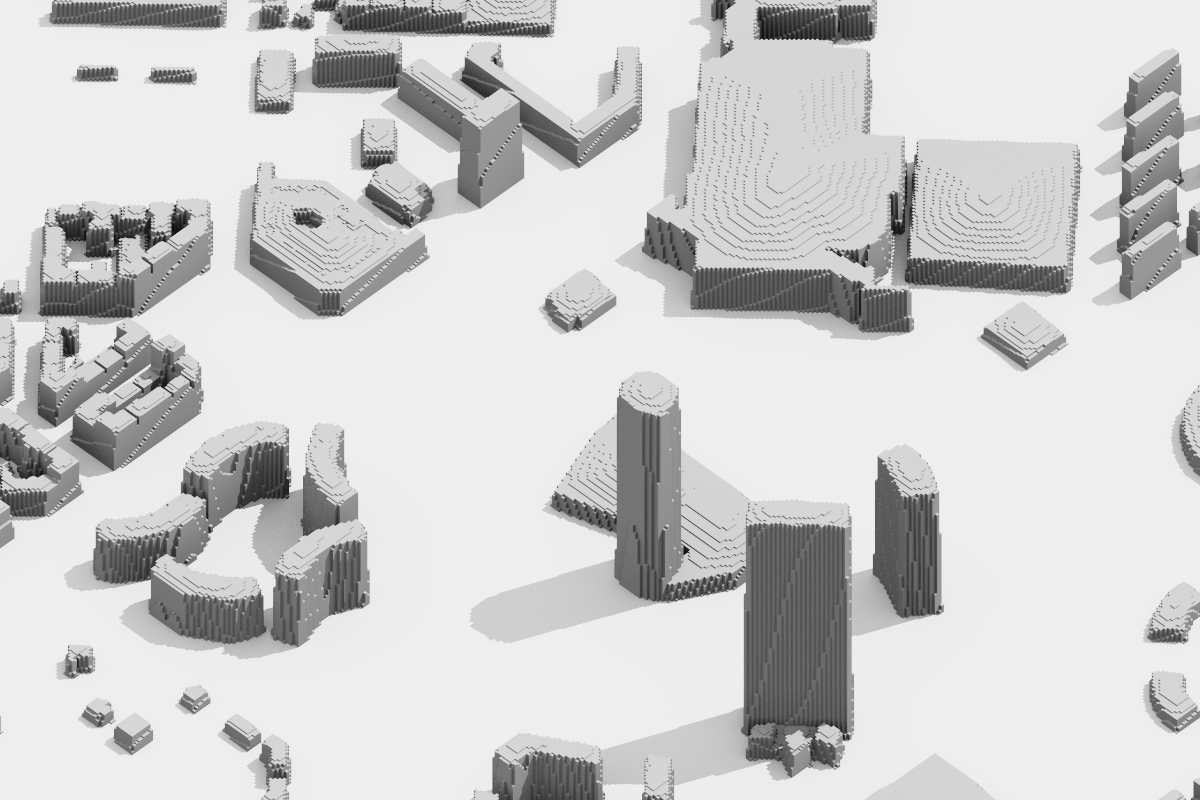 Now you got everything you need! Go ahead and add roads and parks as I explained before and you will be able to get a really cool close-to-reality 3D building model in no time! 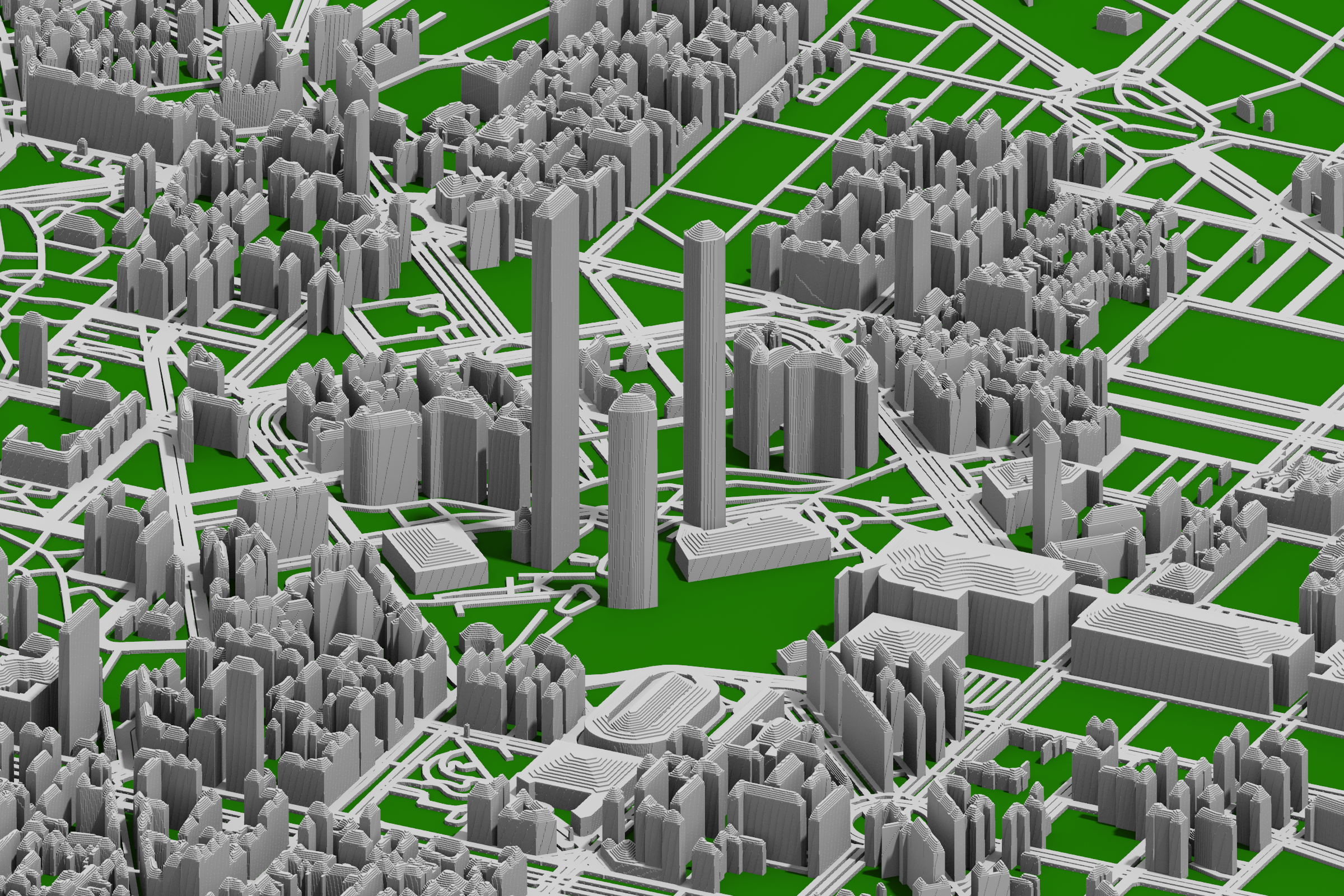 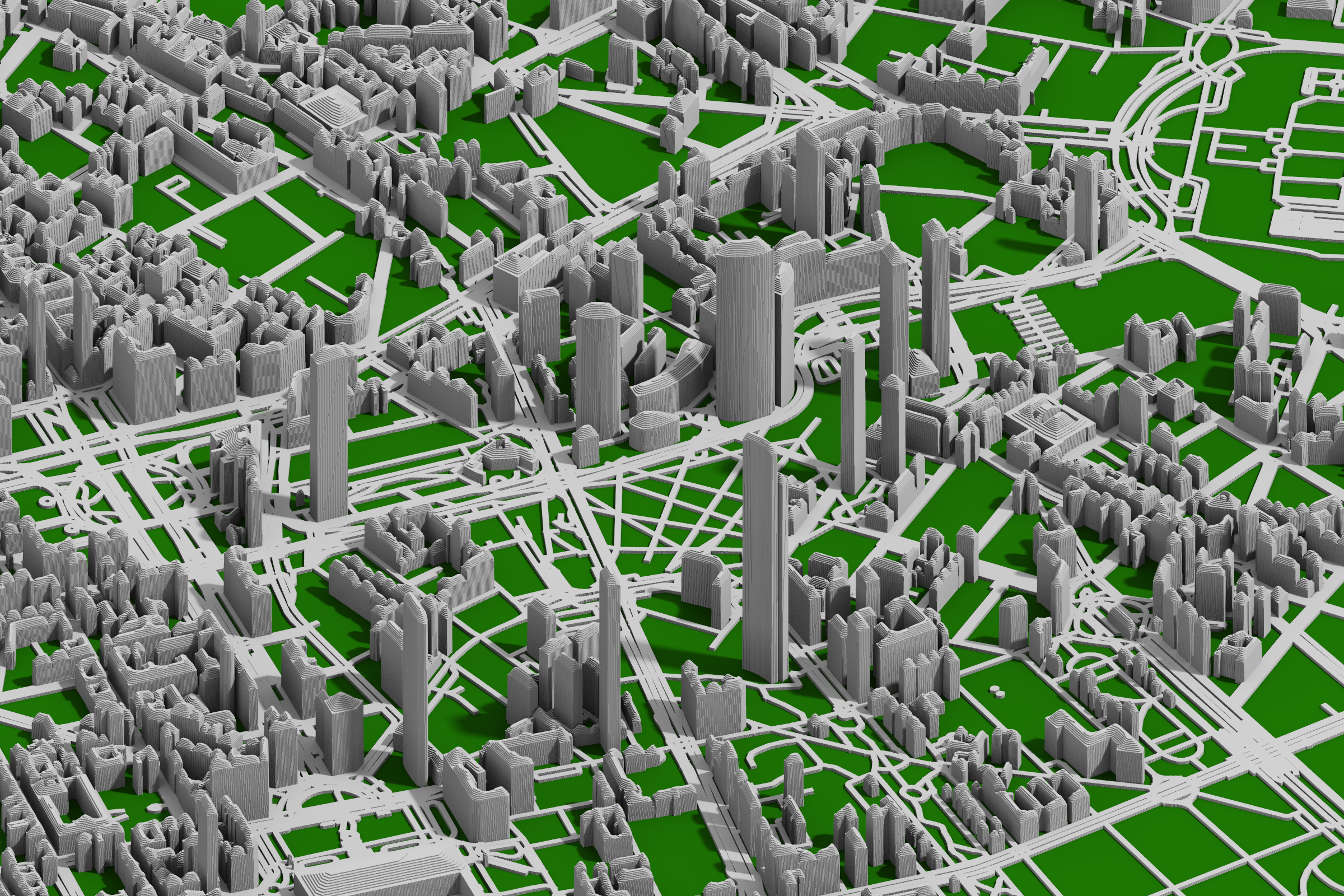 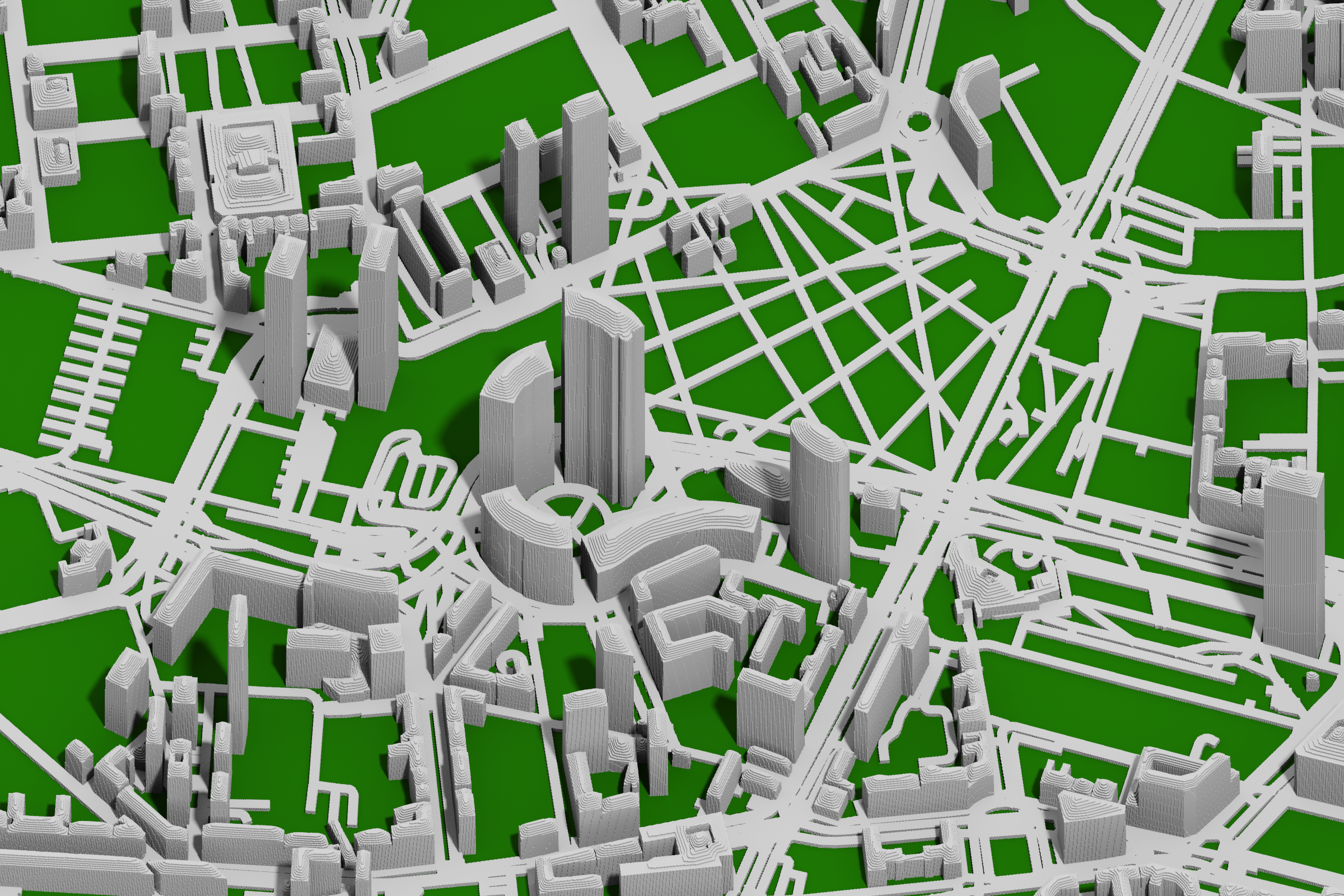 Sketchfab is an open platform for 3D models. You can view, edit, upload and download 3D models and embed their amazing 3D viewer on your homepage!

Simply export your 3D model as .ply file in Aerialod and upload it. Get your embed code and there you go!

Only keep in mind that they limit free models to 50mb so you won't be able to upload an entire city with the free plan. Milan's Tre Torri skyscraper are no problem at all and occupied ~20mb in my case.

You can even view the model in VR using Sketchfab! 🕶️ 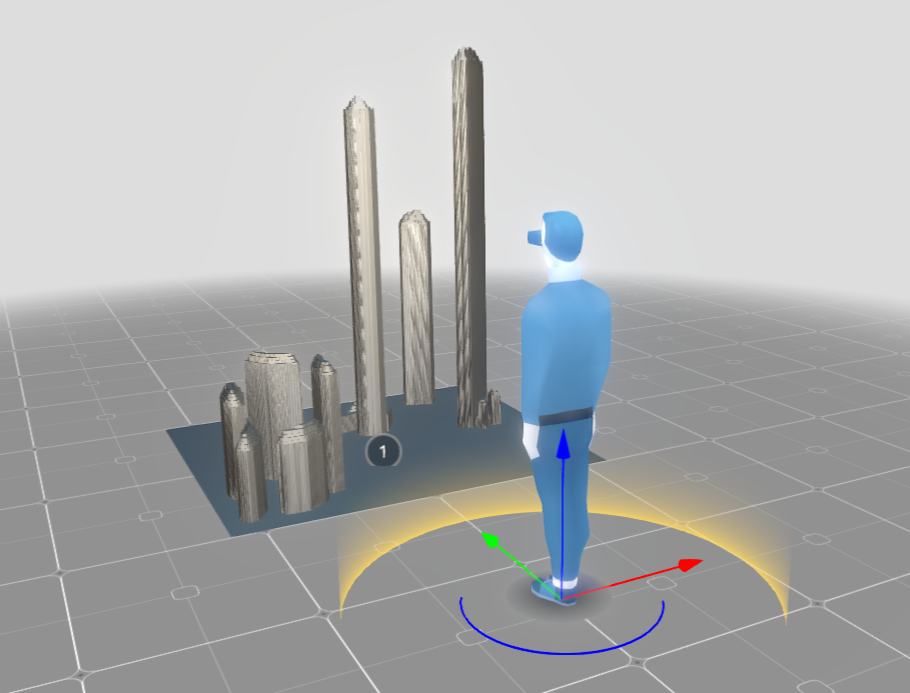 Did you like this post? Support my work via PayPal and buy me a ☕ or a 🍺! Highly appreciate your appreciation :)