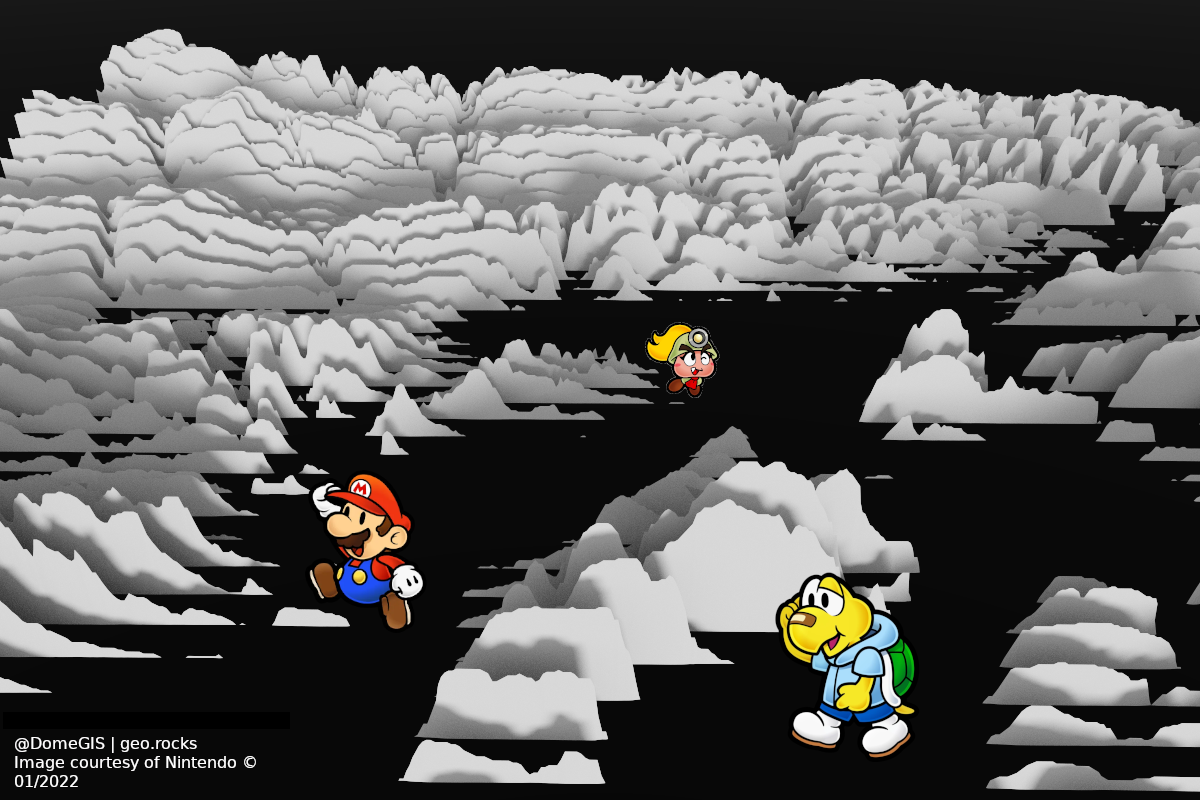 The whole idea of paper maps is to make 3D data appear as if it was made from paper. 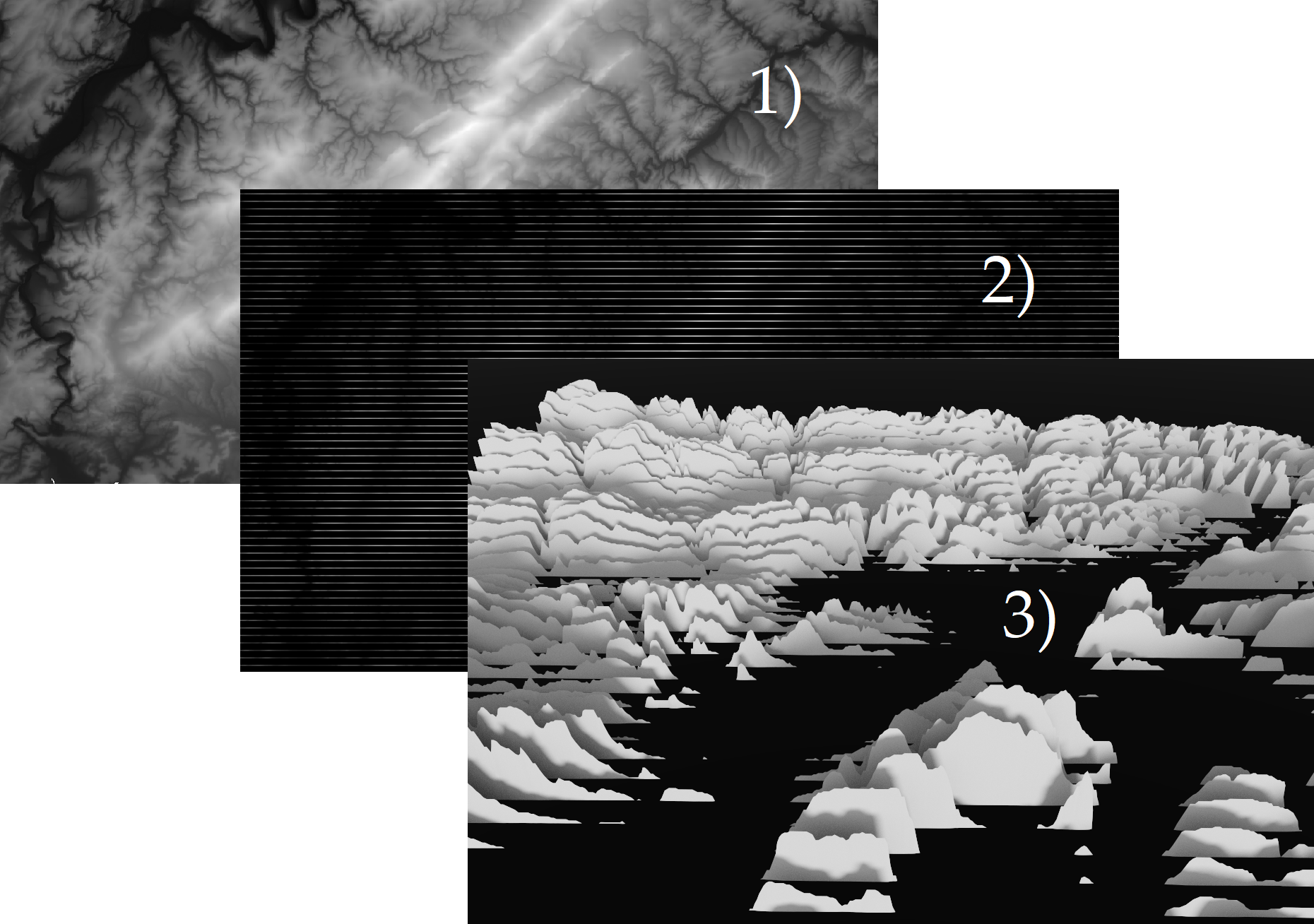 As raster data is nothing but a 2D array, the mathematical operation is quite simple. We keep every n-th row and set the other values to 0 (or the respective min value) representing the color black while other numbers a different gray shades.

Notice the zeros? Those are causing the necessary “gaps” as Aerialod interprets black as low and white as high. Let’s get hands on!

Download some digital elevation model (DEM), e.g. from earthexplorer and drag’n’drop it in QGIS.

In QGIS use the tool Create Grid. It creates a grid, but what we want is actually just the parallel horizontal lines. In order to avoid the vertical lines, choose a way bigger area for the tool than the extent of your DEM.

In my case I took a DEM for Rheinland-Pfalz in Germany but choose a larger grid extent. In this manner, we set the horizontal value very high and the vertical low in order to space the wanted lines densely and the unwanted widely. You will likely need to experiment a little here.

In case you are left with only one unwanted vertical line, simply edit the layer, mark the line and remove it. 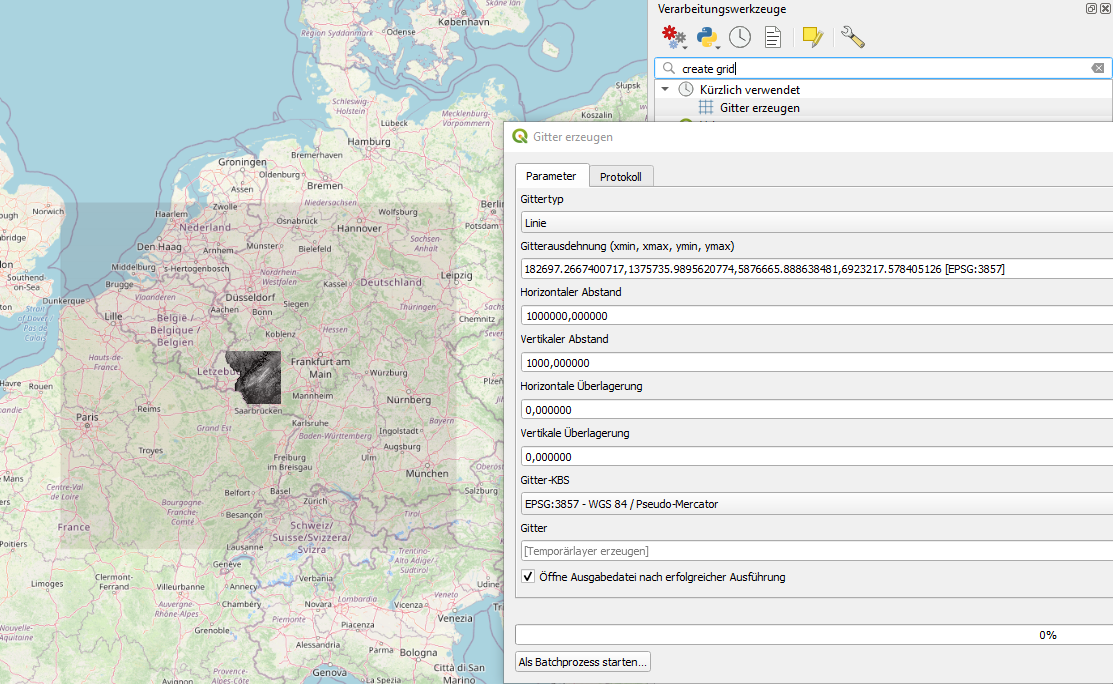 Now do some fine tuning and style the grid in way that the lines become as thin as possible on your desired zoom level. Change the color to black. 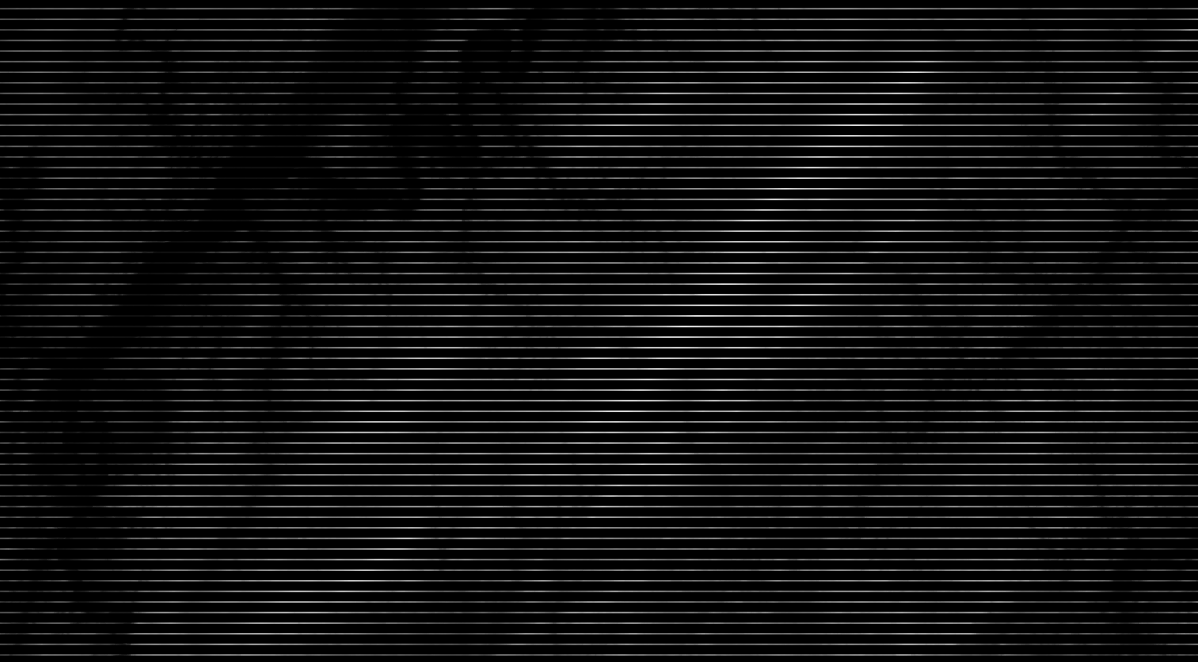 Now either take a screenshot (resolution usually sufficient even on a laptop) or create a print layout, add map and export as an image with high resolution, e.g. 600 dpi.

Drag’n’drop the picture in Aerialod and it’s done! Feel free to take my picture to play around. See what you can do with it with slightly different settings. 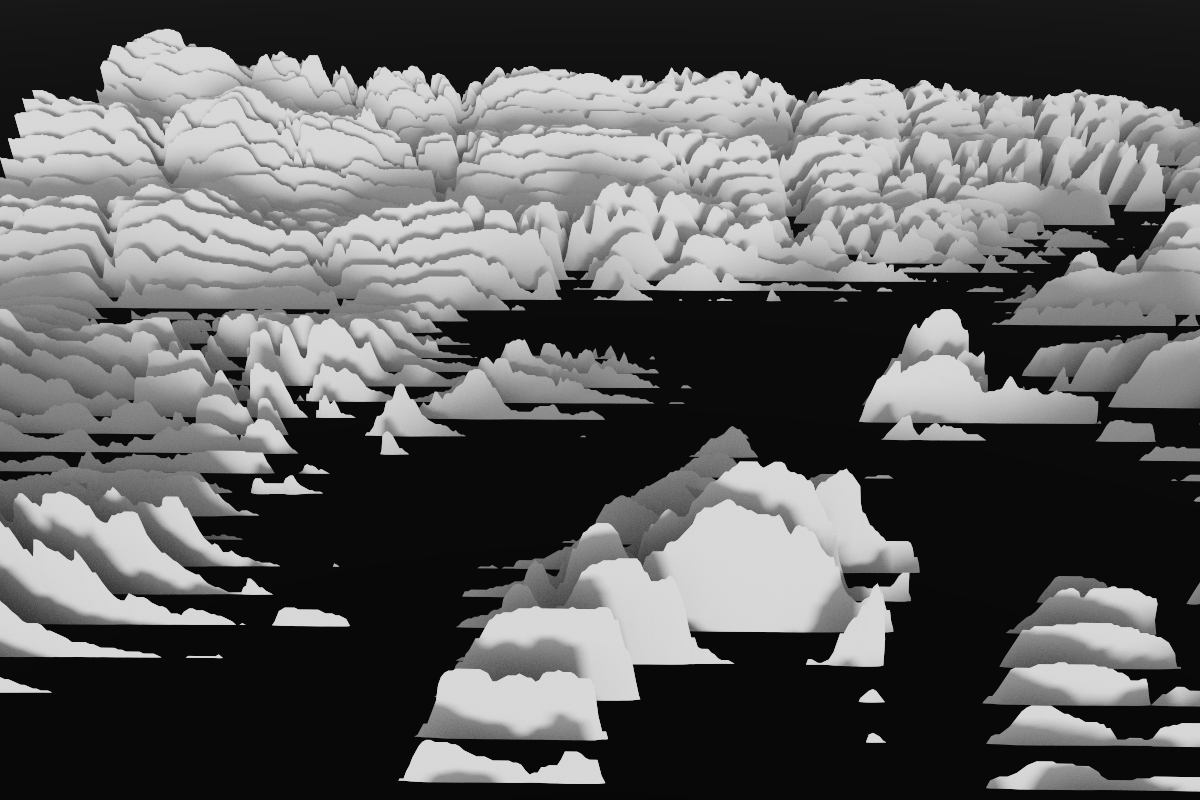 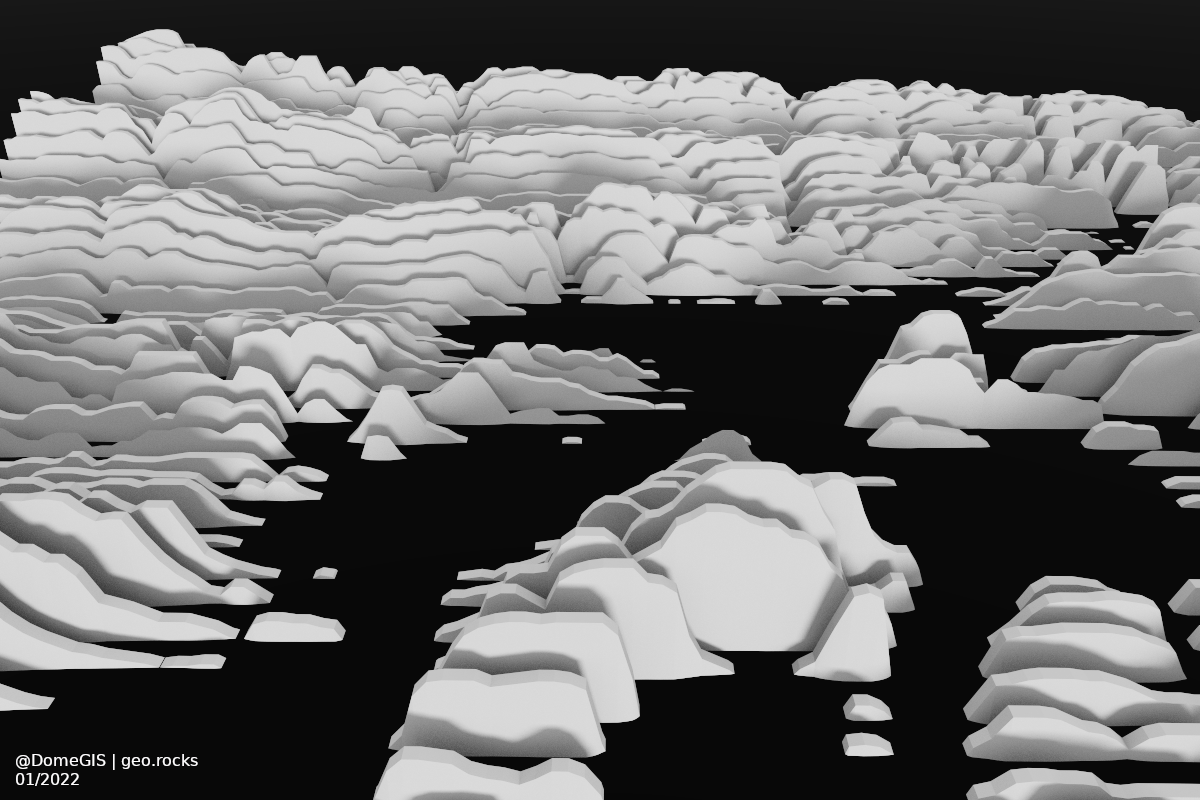 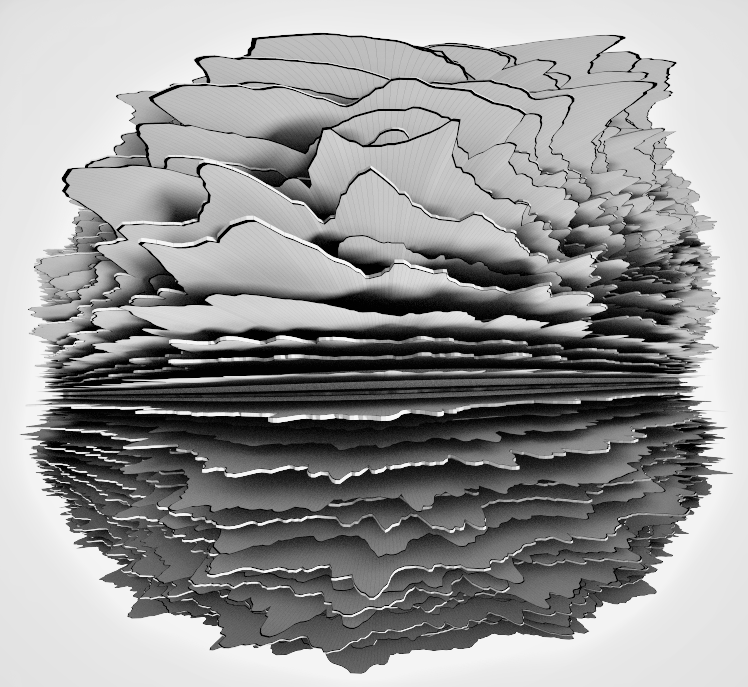